The Pala Environmental Department has been lucky enough to take part in several exciting wildlife research projects throughout the county. The newest project is aimed at monitoring mountain lions. Our wildlife biologist Kurt Broz has been assisting Dr. Winston Vickers, a veterinarian from UC Davis, and his crew with research that aims to track, and protect, our imperiled mountain lions.

Mountain lions (Puma concolor) were once found through the Americas, from Eastern Canada all the way down to the tip of South America. Unfortunately, hunting and loss of habitat from agriculture have driven them from much of their habitat east of the Mississippi River. They have found a stronghold out west and the population has been rebounding in recent years. In California, mountain lions (also called pumas, cougars, or panthers – or témevish in Cupeño) still face many problems, including illegal shooting and freeways. They can be dangerous to people but attacks are exceedingly rare. Mountain lions eat deer, rabbits, and other small animals.

The researchers who have been allowed access to Pala have several goals. They plan to set up bait sites using dead deer to attract and photograph mountain lions. Then, when a mountain lion is reliably returning to a bait station, they hope to trap the animal. The lion will be safely sedated so that the researchers can take blood samples and attach a radio collar, after which the animal will be released. These researchers have years of experience doing this with much success, which means that none of our lions will be harmed.

Why is PED participating in this research? The goal is to understand where mountain lions are hunting, how they’re traveling, and how we can best prevent them from negatively impacting human lives while conserving them. Information from this project is being used to place underpasses under Interstate 15 so coastal lions can mingle with interior lions (like the ones in Pala). This information is also being used to help find better ways to keep mountain lions from eating livestock, thus reducing the chance of mountain lions being killed. So far, researchers are tracking one mother and her cubs that occasionally wander into Pala and Pauma, and they hope to catch and collar a male seen on camera several times. Hopefully research like this can help mountain lions stay a wild part of Pala for generations to come. 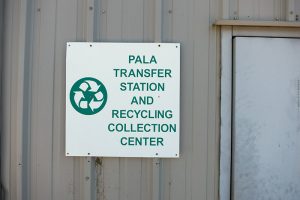